ISO vs NSO - What's the Difference? 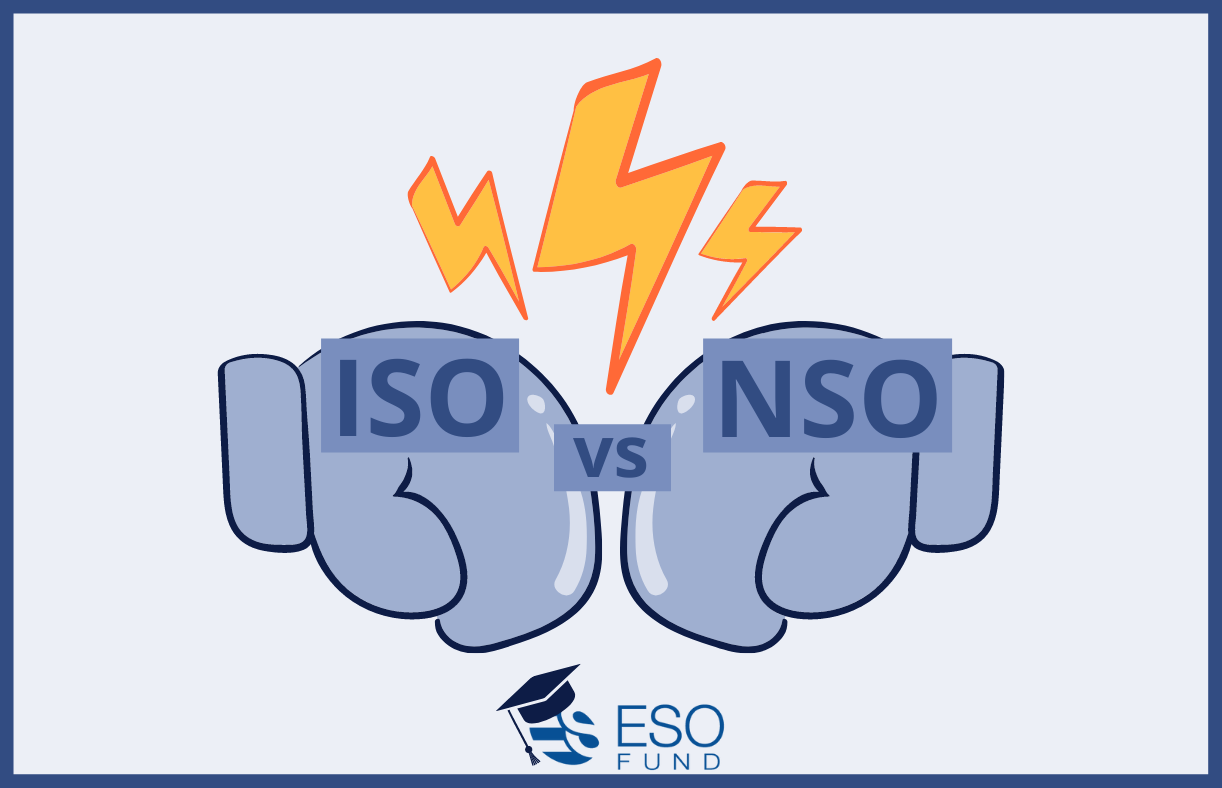 The main differences between ISOs and NSOs all have to do with taxes.

When you exercise either stock option, there is a spread between the exercise price and the current Fair Market Value (FMV) that is subject to Tax and are exempted from ordinary income tax on the spread. However, exercising an ISO is subject to Alternative Minimum Tax (AMT), which comes into play for wealthier tax payers or when the spread is large. NSOs are subject to the higher ordinary income tax rate on the spread as well as the payroll taxes (Medicare , FICA, etc.) for both the employee and employer. Employers also have to pay Federal Unemployment Tax Act (FUTA) early in the tax year. Individuals who are in an ordinary income tax bracket lower than the AMT rate are inherently not subject to AMT while others below a high income phase out (As of 2019: $510,300 single, $1,020,600 married) benefit from an annual exemption (As of 2019: $71,700 single, $111,700 married) which allows a significant number of ISOs to be exercised before triggering AMT.

ISOs only apply while you are still employed at the company that issued the grant and cannot be extended beyond 90 days after you leave. NSOs don’t require employment and can be extended well beyond 90 days. Moreover, both types of grants can only last 10 years before they must be exercised regardless of whether the holder is still employed at the company. An NSO grant can be crafted to last longer than 10 years and even have an exercise price lower than the current FMV but it will be subject to immediate taxation at the ordinary income tax rates so this is rare.

4. When Taxes are Due

A major difference is that the NSO tax is withheld at the point of exercise whereas the potential AMT on ISOs isn’t due until you file taxes next April. You won’t know if you are even subject to AMT until after your taxes have been calculated. However, the disqualifying disposition of the ISOs by selling during the same tax year as the exercise will trigger ordinary income tax, which is required to be serviced by quarterly estimated tax payments. NSOs do have the possibility of an IRS Section 83(i) election where you can defer taxes for 5 years.

The minimum NSO exercise withholding requirement is only 22% for up to $1 million in spread value (37% if over $1 million). Many companies try to estimate the right amount but it isn’t very easy. Companies are required to withhold NSO taxes for employees, but contractors can be given a 1099 instead, which means they handle their own payments via quarterly estimated taxes. Regardless of whether the company withholds taxes or you make estimated payments, you will true it up to the required amount when you actually file taxes. That could result in a refund or additional taxes. If you sold ISO shares, you are also responsible for paying quarterly estimated taxes which you calculate yourself. If you don’t pay enough, there are interest penalties when you file next April.

If the ISOs are sold during the same tax year as the exercise, then you will pay ordinary income tax on the spread between the exercise price and the actual sale price. This will be a disqualifying disposition and you will no longer be subject to AMT on the spread between the exercise price and the FMV.  Moreover, you aren't subject to payroll taxes (FICA, Medicare, etc.) either because of the special tax treatment for ISOs. If you sell shares resulting from an ISO after the year of exercise but within a year of exercise or within 2 years of the grant, it is also a disqualifying disposition subject to OIT AND you are still on the hook for AMT in the tax year of the exercise. This another form of Double Taxation (7).

When shares resulting from an ISO are sold at least 1 year after the exercise and 2 years from the grant date, then the sale qualifies for long term capital gains treatment on the spread between the exercise price and the final sale price. When ISOs are sold in a disqualifying disposition, then ordinary income tax is paid on the spread between the final sale price and the exercise price. NSOs are similar when sold within a year of exercising. For NSOs, ordinary income tax was paid on the original exercise but short term capital gains was paid on the spread between the final sale price and the FMV at the time of exercise. Since the STCG rate is currently the same as the ordinary income tax rate, it is almost a wash with selling ISOs except for 2 factors. ISO's are not subject to payroll taxes and the short term capital gains on the portion of the income above the FMV from the sale of NSOs can be offset by other capital losses you may have that tax year. There is no similar offset for the ordinary income tax gains from selling your ISOs except for the maximum $3000 ($1500 if married filing separately) allowance of capital losses against ordinary income.

Another subtle difference involves payroll taxes. Medicare, Social Security taxes, and Federal Unemployment Tax are charged on NSO exercises but not on the ordinary income tax associated with ISO disqualifying dispositions. This impacts both the employer and the employee although only the employer pays FUTA. If a company net exercises all option holders at an M&A event, the payouts for both ISOs and NSOs are subject to ordinary income tax and payroll taxes. However, holders of ISOs can exercise prior to the M&A payout and save on payroll taxes. Both ISOs and NSOs are subject  to capital gains taxes if exercised and held sufficiently long, although social security taxes are gone the medicare taxes can sneak back in for both ISOs and NSOs in the form of Net Investment Income Tax. NIIT equals the employer + employee portions of the Medicare tax plus the 0.9% surcharge for high incomes. This negates some of the benefit of investing since the employer's portion of the Medicare tax becomes the employee's responsibility.

If you exercise the NSOs and paid the proper amount of taxes, your Alternative Minimum Tax (AMT) on any ISOs exercised the same year goes down. This makes your overall optimization challenge to be a good spreadsheet problem. This last scenario means that in a given year, you may want to exercise and sell NSOs and use the money to exercise ISOs for long term capital gains eligibility because the AMT will be lower or zero. Rather than losing all future benefits from the NSOs sold, many ESO clients leverage the Employee Stock Option Fund to exercise the expensive NSOs and cover the taxes while they exercise the less expensive ISOs on their own.

Because of their favorable tax treatment for most people, the amount of ISOs eligible for exercise each year is limited to $100,000. This is calculated by multiplying the number of shares eligible for exercise in any given year by the exercise price.  The rules are especially troublesome to companies who utilize a 1-year cliff on their option grants because the entire first year's worth of shares plus all shares vesting in the 2nd year will apply towards the $100K Limit. This limit causes larger grants to be split into ISOs and NSOs. Individuals who have both should consider item (10) to maximize their benefits.

If you hold employee stock options or restricted shares in a private company funded by institutional venture capital, feel free to contact us at the Employee Stock Option Fund for ways to reduce stock option taxes or more information on how we can assist you. By doing so, you can not only avoid the risks associated with investing directly in a startup but possibly improve your taxes as well. For specific tax related support related to stock option exercises, please contact Scott Chou.